The number of bitcoin addresses in accumulation has risen to a record high as investors with long-term horizons take advantage of the recent price drop to boost their coin stashes.

The count of accumulation addresses climbed to a record for the seventh consecutive day on Monday, taking the total to 545,115, according to Glassnode data. The number has increased by 16,445 since May 8 – a sign of persistent bargain hunting by long-term holders during bitcoin’s slide from $58,000 to $30,000. The balance held in accumulation addresses has jumped by 30,000 during the same time frame, hitting a two-month high of 2.79 million BTC. Glassnode defines accumulation addresses as ones that have at least two incoming non-dust (tiny amounts of bitcoin) transfers and have never spent funds. Essentially, these are long-term holder addresses.

On Monday, OTC desks tracked by Glassnode registered an outflow of 11,883, the most since early September. However, inflows to OTC desks wallet also spiked to a 5.5-month high of 12,392 on Monday. Inflows indicate an intention to sell but do not imply immediate liquidation. 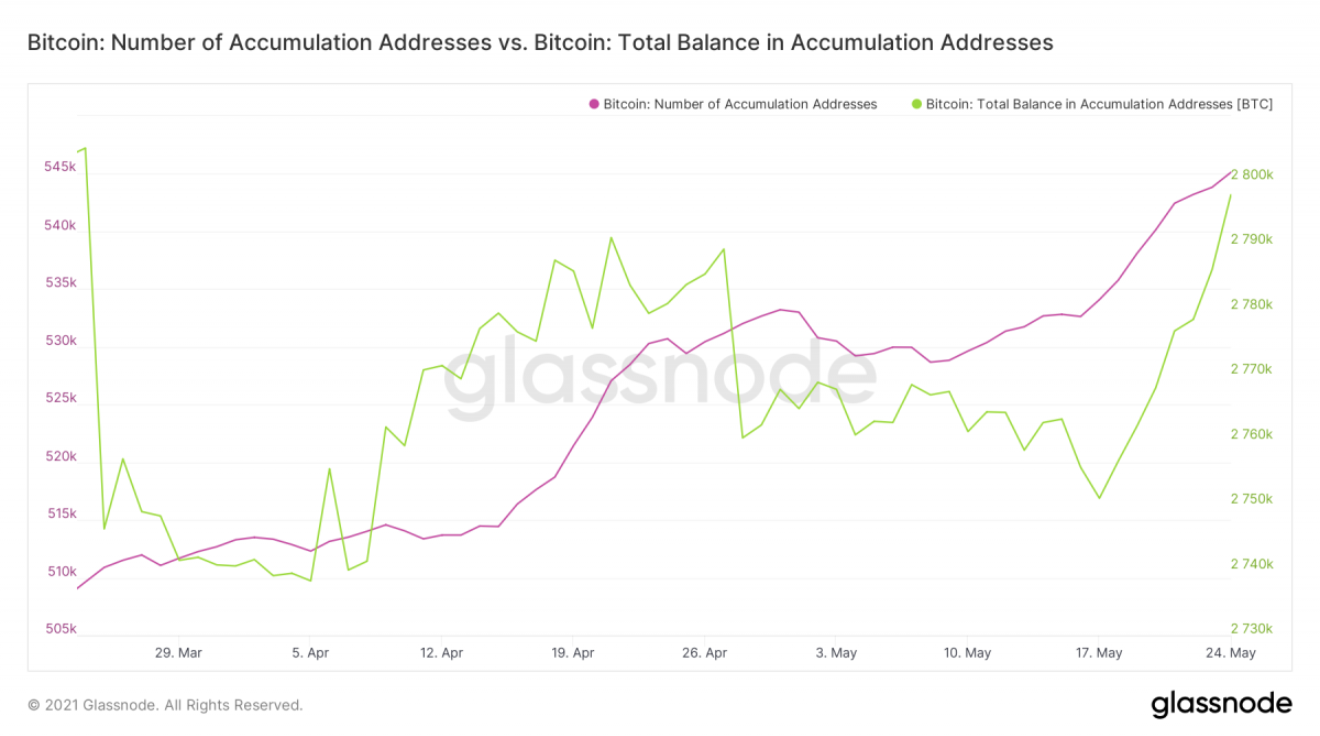