Wealthy investors look to be making a comeback into the bitcoin market, a blockchain metric that warned of a price drop in early May shows.

The number of coins held by whale entities – clusters of addresses controlled by a single network participant holding 1,000 to 10,000 BTC – rose by more than 80,000 to 4.216 million BTC on Friday, hitting the highest level since May. The tally remained largely unchanged on Saturday, according to data provided by Glassnode. The number of whale entities has also jumped to a three-week high of 1,922. The renewed accumulation by whale entities is good news for the market, as these wealthy investors played a significant role in powering bitcoin higher from $10,000 to nearly $60,000 during the five months to February. The balance held by whale entities rose in tandem with the price during the bull run, hitting a record high of 4.542 million on Feb. 8. 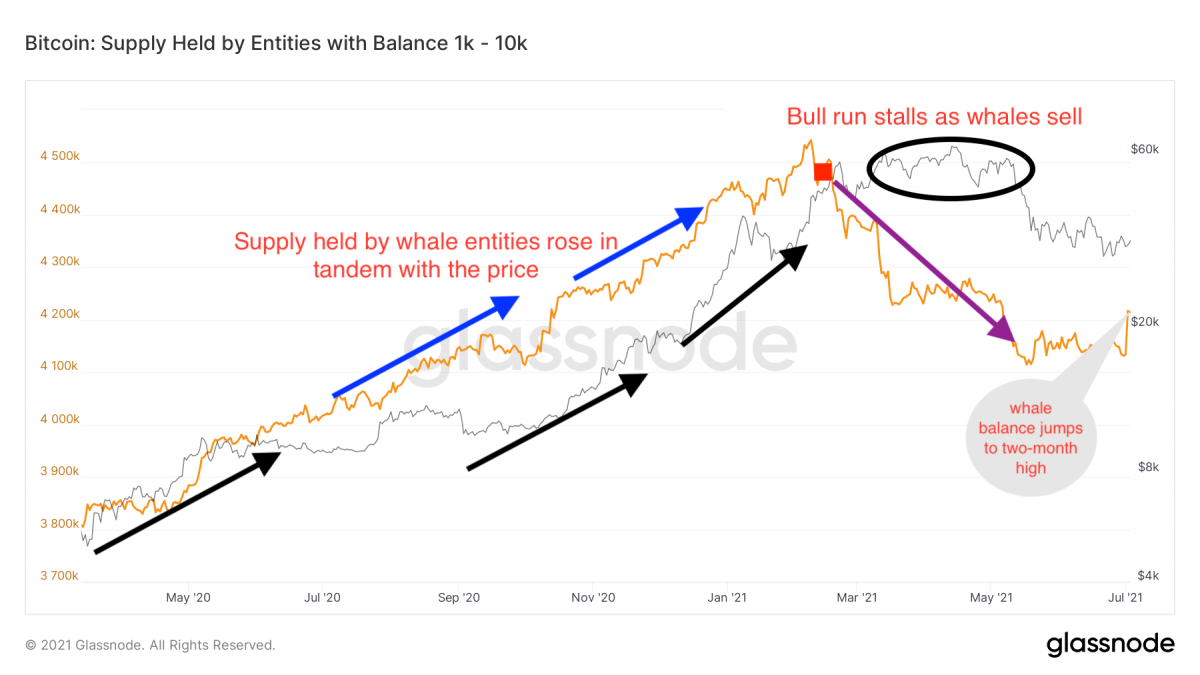 Whales became sellers in the subsequent months, taking the wind out of the bull run, and by early May, their bitcoin stash had dropped by 8% to 4.17 million BTC. Bitcoin mostly remained coiled in the range of $50,000 to $60,000 during that period, barring a brief spike to a record high of $64,801 in mid-April. The price action highlighted the inability of smaller investors to do the heavy lifting and signaled the potential for a notable price correction. Bitcoin fell by 35% in May, hitting lows near $30,000, and dipped further to $29,031 in June, according to CoinDesk 20 data. The latest uptick in the whale balance suggests the bottom may have been reached.