Bitcoin Miners Earned $1.5 Billion in Revenue so Far This Month

Data collected by The Block Research shows that bitcoin miners have earned more than $1.5 billion in revenue. This figure represents the most revenue earned by the mining sector in a given month. Given that several days remain in March, the final figure will exceed the current $1.51 billion number. The vast majority of the funds earned — $1.36 billion — were in the form of per-block subsidies, or the 6.25 BTC earned with the creation of each transaction block. Per the data, miners earned a collected $148 million in fees, which are paid by transactors in an effort to make their transactions more likely to be included in the next block. 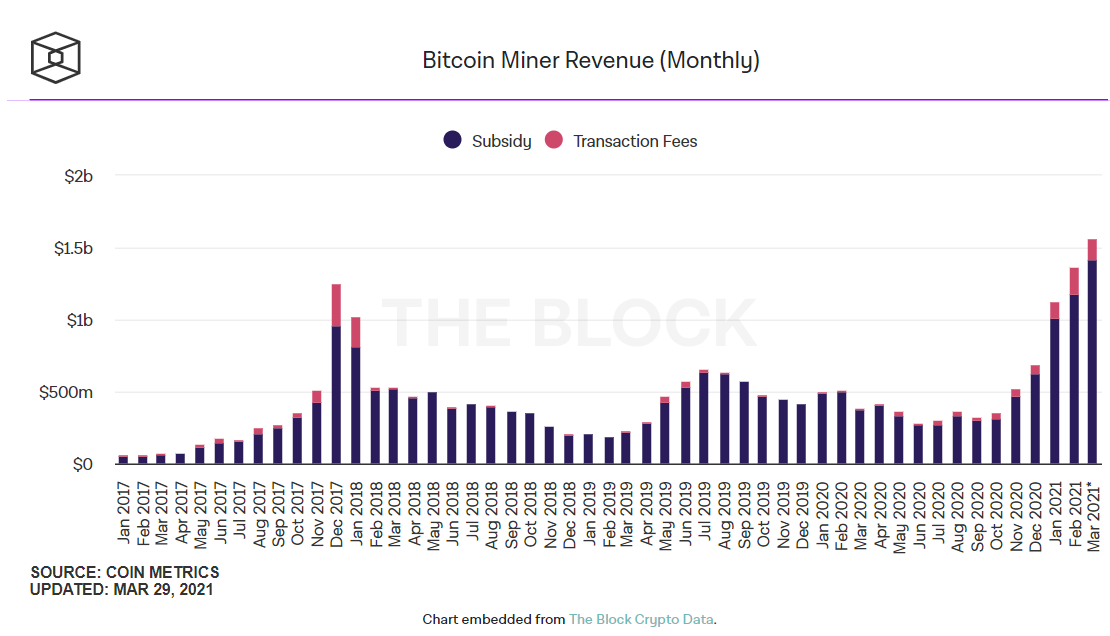 March’s all-time high figure exceeds February, when miners earned a total of $1.36 billion across the sector. The new performance figures signify that miners have collectively more than $1 billion for three months in a row.

As The Block previously reported, publicly-traded bitcoin mining firms have ridden the recent boom in the price of bitcoin, reflecting the cryptocurrency’s volatile performance. These developments come as institutional investors in North America move to expand their footprint in the mining sector.